On arriving in Faro tourists may be disappointed by the fact that there are no beaches within walking distance of the city centre, but there are glorious beaches to be found. The beaches of Faro require effort to travel to, and for those who make the effort will be rewarded with beautiful and pristine beaches, which are some of the quietest of the Algarve. This article will provide a guide to the best beaches of the faro region along with a description of them.

The Deserted Island, as the name implies, is always deserted…

The Cabo de Santa Maria on the Ilha da Deserta Island, is remote, unspoilt and the most southerly point of Portugal, but is difficult to travel to.

The Cabo de Santa Maria on the Ilha da Deserta

The eastern edge of the Praia de Faro, easily accessible from Faro but far enough away from the summer time crowds.

The popular beaches of the Praia de Faro

The Praia de Farol, a beautiful relaxed beach with the colossal lighthouse towering over the golden sands. 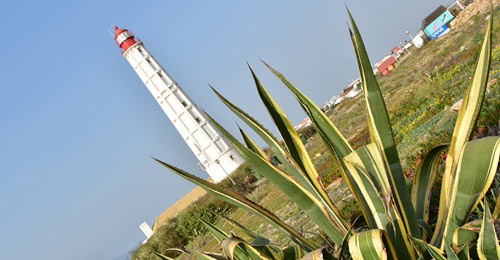 The beaches of Faro are situated on the three sandbar islands that surround the Ria Formosa Natural Park. The islands are the Ilha da Culatra to the east, the Ilha da Deserta, directly south of Faro and the Ilha de Faro, just to the southwest of the airport.

The Praia de Faro will be one of the first sights of the Algrave from your plane window!

On the southern side of each of the islands are beautiful beaches with soft, golden sands, calm sea waters and gentle rolling sand dunes. The beaches of the three islands have similar characteristics but have very different levels of tourist development, which is directly linked to the ease of accessibility from Faro.

The Ilha de Faro is the only island connected to the mainland by a road and has the most tourist development, while the Ilha da Culatra and the Ilha Deserta are connected by ferry and are significantly quieter. Each of the islands has its own unique appeal and the following section will detail the best beaches on the islands.

The Praia de Faro is the most developed of Faro's three beach islands, as it is accessible by road and is connected by a regular bus service. The beach faces a south-westerly direction and is exposed to the waves rolling in from the Atlantic Ocean, which means that the beach is good for surfing, body boarding and all other water sports. The beach is child and family friendly with lifeguard supervision in the summer. 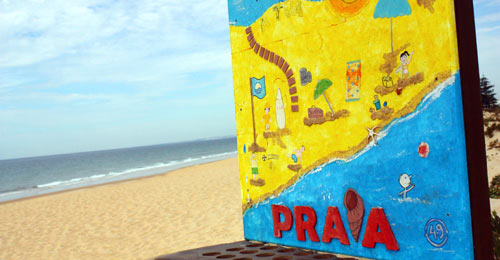 The Praia de Faro beach extends for the 10 km, but the main tourist development is located in the centre of the island, close to the bridge and bus stop. In this small community can be found an assortment of cafes, restaurants and even a hotel, while there are shops to hire water sports equipment. During the summer this central section of the beach can get very busy and a long walk either north or south is needed to find quieter sections of the beach. To read more about the Ilha da Faro, including the bus service from Faro please click here.

The Ilha Deserta is the complete opposite to the Praia de Faro, and as the name implies (the Deserted Island) it is one of the most remote and quietest places of the Algarve. The 9km southern shoreline of the island provides pristine beaches and crystal clear waters, with only a handful of tourists visiting per day. The Ilha Deserta is official known as the Ilha da Barreta but everyone refers to it as the deserted island.

There is just a single building on the Ilha Deserta Island, an exclusive seafood restaurant called Estaminé and this is to the east of the island near the harbour. Incorporated into the Ilha Deserta coastline is the Cabo de Santa Maria, the most southerly point of Portugal and this sand dune headland is marked by a monument constructed from driftwood and sea debris. 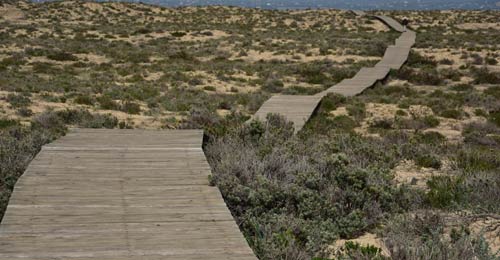 The path to the deserted beach from the harbour

There is a pleasant 2km walk from the restaurant to the Cabo de Santa Maria, which follows a wooden walkway and passes through the empty sand dunes. One of the factors which keeps the Ilha Deserta so peaceful is that there is no regular public transport to the island from Faro and the only method to travel there is via an organised tour or expensive taxi boat.

The Ilha da Culatra is to the west of Faro and has a wonderful sand dune beach that extends along the entire south-eastern shoreline. The Ilha da Culatra has two small villages, Farol and Culatra but the island is unique as there are no cars or roads. Culatra is a small ramshackle fishing village with a permanent year round population who relies purely on sustainable and traditional fishing techniques. Culatra makes for a great place for a lunch of freshly caught fish and the little village is a delight to explore with a mixture of colourful houses.

The village of Farol is a small collection of Portuguese holiday homes that are in the shadow of the massive Lighthouse, which gives the name to the village (the Portuguese for Lighthouse is Farol). Farol is situated on the western edge of the beach and there is a pleasant beach path which connects the two villages, which also allows access to the quieter sections of the beach. 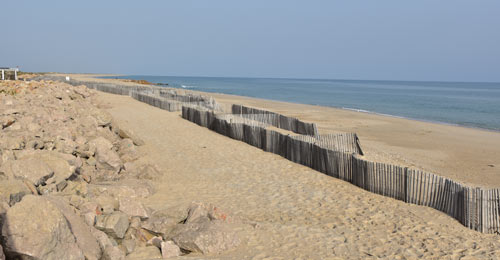 All of the beach islands are protected by the Ria Formosa nature park, and this has limited tourist development while protecting the fishing communities of Culatra, Faro and Olhao. The park consists of saltwater lagoons and tidal mud flats that are a haven wildlife which include migratory birds. One of the most enjoyable activities is snorkelling in the shallow waters which are teaming with small aquatic life and this include the highest concertation of sea horses. One of the best methods to discover the park is via a boat tour and our guide to them can be found here. 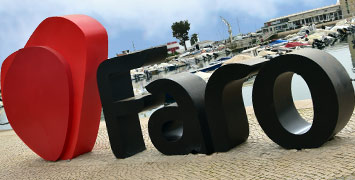